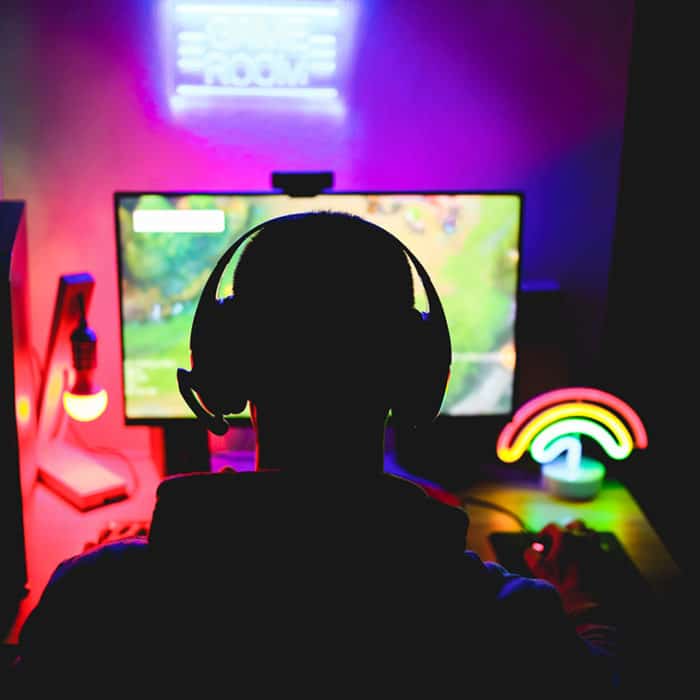 Discord is a VoIP application where gamers and gaming enthusiasts gather to create online communities. It is no secret that Discord has the largest Discord servers dedicated to the gaming community, where people get together to share the same interests.

In this article, we will list down the biggest gaming Discord servers of all time, where you can find new friends and interact with others on discussion channels such as text and voice channels.

In no particular order and without further adieu, here are the best gaming Discord servers you can join to play games with fellow gamers and participate in these online communities with the same interests.

Fortnite is one of the most popular games on the internet right now. It was launched in 2017 and took the gaming industry by storm because of its Battle Royale genre and numerous game modes that cater to a very wide audience.

The official Fortnite server has over 900K members. The server is split into different channel categories such as Fortnite news, event news, general community, and many more. Members can interact on different channels at any time.

Animal Crossing: New Horizon has over 500K members and is the largest Discord-partnered server for Animal Crossing. This Discord server is split into sub-categories such as Island Life, Marketplace, Unrestricted Play, Able Sisters, events, Game guides and help, and many more.

League of Legends might be the world’s largest e-sport with an international competitive scene. This is of course, up for debate. However, one thing is for sure. League of Legends is one of the greatest video games to date.

r/leagueoflegends is not the official Discord server for League of Legends, rather, this server is dedicated to the subreddit group. With over 460K members, this server definitely earned its spot on this list.

The official Discord server of MrBeast, MrBeast gaming Discord server is where the gaming challenges happen that are then featured on the MrBeast Gaming channel on YouTube. With more than 790K members, this server is a very large gaming community.

If you are a MrBeast fan, you should consider joining this fun community!

In collaboration with Riot Games, VALORANT is the official Discord server of Valorant. This great gaming community has more than 980K members with over 200K online at any given time.

This official server is comprised of different news channels like game news, event news, server news, and things like that. It also has discussion channels such as gameplay discussion, strategy discussion, and agent discussion.

This gaming server also has group-searching channels, where you can find players from the same region as you.

Minecraft is one of the most popular games with a large gaming community on the Discord app and the world as a whole. The Minecraft server on Discord is its official server with almost 800K members and is one of the largest Discord servers right now.

You can join Minecraft as a public Discord server to keep updated with the latest Minecraft news, Minecraft-related streams, gaming events, and more.

This server has multiple channels where fans and gamers can share their own creations with others. Some of the dedicated Minecraft channels are Java mechanics, Bedrock mechanics, and Survival discussion.

Established in 2016, Multiplatform Gaming Discord server is dedicated to multiple games that you can enjoy. It also has channels for trying out new games and beta games. If you are interested in trying out different games, then this server is for you.

Kronten Gaming is the official server of Chetan Sanjay Chandgude – an Indian former PUBG live-streamer. His Discord server is dedicated mostly to updates on his YouTube channel and other gaming streams.

The developer-run, official Discord server of Rocket League has over 500K members that gathered on the server for the latest announcements, bug reporting, support, community events, e-sports, trading, and more.

Rocket League is a game of arcade-style soccer and vehicular mayhem. If you are interested in playing this game or if you play this game, you should consider joining the server to keep track of the latest news and hang out with other people playing the game.

Escape from Tarkov Official is a new favorite Discord community with over 300K members that are fans and gamers of Escape from Tarkov. This game is a multiplayer shooting video game by Battlestate Games.

You can join this server for the latest announcements, news, LFG (looking for group) channels, and other game-related things.

TommyInnit is an English gamer popular for his Minecraft-related streams. His Discord server has more than 600K members with whom he shares his streams and videos such as whitelisted survival multiplayer (SMP) Minecraft server and Dream SMP with.

If you are a fan of TommyInnit, you should definitely join TommyInnit’s Discord!

What to Look for in Gaming Discord Servers

There are a lot of things to be considered in looking for gaming Discord servers and here are some of them:

Aside from the OG gaming Discord servers, there are more servers dedicated to gaming. We will list down some of them for you to check out:

The purpose of joining Discord servers is to create a community with the same interests. Wherever you are in the world, there is a gaming community out there that you can be a part of. You just have to put yourself out there and join the ones you’re comfortable with and interested in.