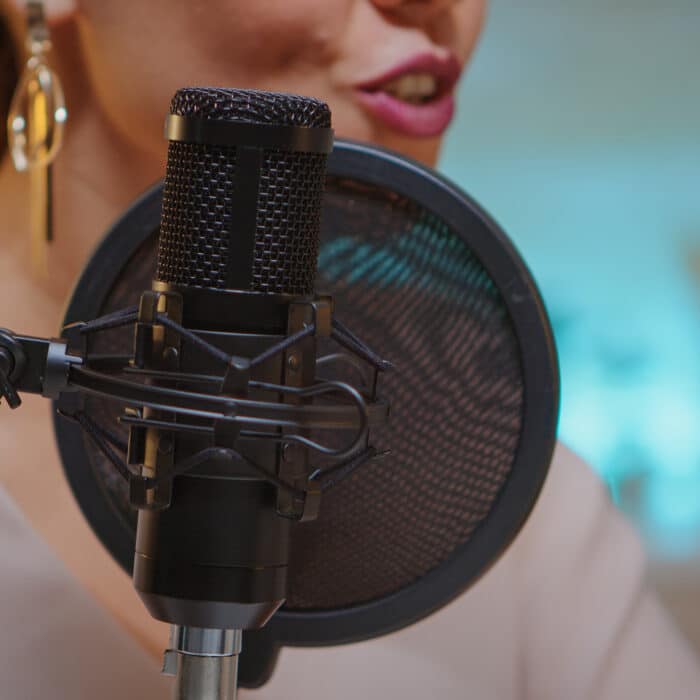 Many great voice changers are available that promise to alter your voice into anything you want, but only a few accomplish the task to an acceptable degree. So, if you're wondering which free voice changers are the best to download, look no further.

Here is our list of the best voice changer software you can use on Discord.

What does a voice changer for Discord do?

Voice changer apps are used to alter the voice of a person speaking through their microphone. Most of these software modify the pitch and add distortion to a person’s voice. Some voice changer apps also add sound effects into the mix, such as using reverb to make it sound like the person is in a cave or a cathedral. Popular “voices” you can use on these types of apps include baby, female/male, ghost, villain, and more.

Voice changers are mostly used in text and call applications like Discord. Nowadays, content creators and streamers also use them.

Many users find voice changers fun to use, which is mainly why people incorporate them in their voice calls. It’s interesting to hear your voice sounding like the opposite gender or maybe imitating a popular character while talking to others.

Some also use it to prank their friends. Others use voice changers to hide their identity.

Most people do so to protect their privacy, though. Or, in the case of some creators, they use it to keep up with the persona of their channel. As long as it’s not used to violate other people’s rights or go against the law, a voice changer app is perfectly fine to download and incorporate in your Discord calls.

How do I change my voice in real-time?

Changing your voice in real-time can be done using voice changer apps, such as the ones listed below. Then, you will have to integrate your audio device into the software so it can process your voice.

You can then adjust how you want your voice to sound like in the app’s window. Usually, there are presets available so you can just choose one and the app will alter your voice accordingly. For example, if you choose a villain-like voice, the app lowers the pitch and distorts it to achieve the desired effect.

A lot of these apps also allow you to customize it even further by giving you the freedom to adjust its settings and add sound effects.

How to Choose the Best Free Voice Changer

Picking the right voice changer can be tricky. There are tons of apps and software to choose from. As I’ve said, many of them deliver the task as promised, but you might not want to get your hopes up too high. Some of them do a better job than others, and a select few can do the task exactly as you’d hoped for. Moreover, some of them are easy to use, while others should be better off being used by those with more experience in dealing with sound and audio software.

Here are a few pointers to help you know which voice changer you should choose:

Below are some of the apps and software that meet two or more of the criteria above. 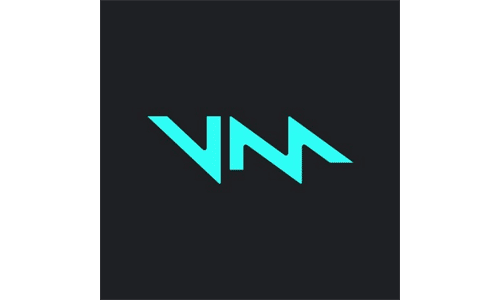 Voicemod voice changer is probably the most popular one on this list, and for a good reason. It works really well with a lot of software, whether you want to change your voice in real-time or use it to record audio in a different voice. It has tons of presets you can use right away, though most of the best ones are locked behind a paywall.

You can download and use Voicemod for free, but to be able to use their presets and enjoy premium features, you need to level up to Voice,od Pro. Monthly subscription costs $4.99 a month, but downloading Voicemod the first time sometimes offers you a lifetime subscription at a fraction of a cost. This offer ends within 24 hours, but if you can’t decide yet, you can still try out the free version as long as you wish. 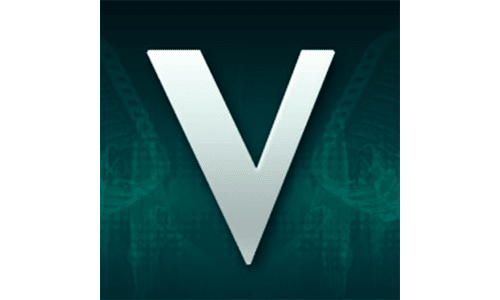 Voxal voice changer is another popular choice for many. It has plenty of voice presets, plus it also allows you to create customized ones, too. What also makes Voxal voice changer quite unique from the others is that it allows you to add sound effects and background audio. So, if you want to sound like a pirate, you can use one of their rough voice presets and have the sound of the crashing waves in the background.

The app is free to download and use for home, non-commercial purposes.

Though using Voxal voice changer is actually pretty straightforward, some users experience difficulty setting up their microphones. Once you get around it, you can start changing your voice through the app. 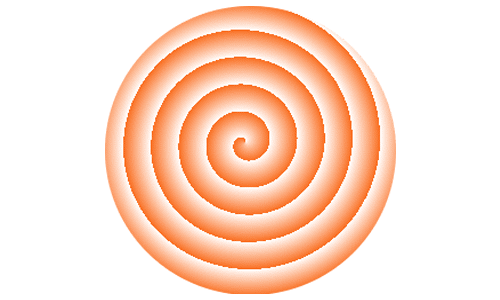 Another well-known name in this game is the Clownfish voice changer. With 10+ ready-to-use voice presets, the Clownfish voice changer has enough variety to switch voices whenever you want without overwhelming its users. The choices are a little basic, though, such as alien, helium-voice, man, woman, and robot. Thankfully, it lets you adjust the pitch and add voice effects for more originality.

Clownfish is completely free. If you need software you can use without paying a dime, this might be the best voice changer app for you. 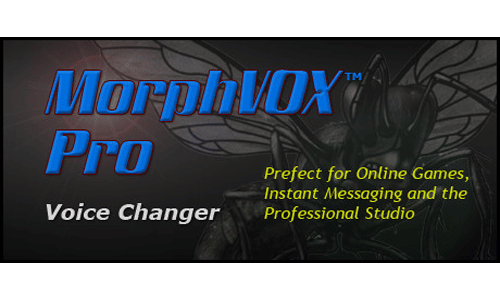 MorphVOX is one of the best app to use if you need a voice changer for Discord. You can start “morphing” your voice as soon as the software is installed. If you want the completely free version, download the MorphVOX Jr instead, though the only available presets are man/woman.

They have a free trial, however, which lets you access other cool features from the MorphVOX Pro version, including a wider range of voices, the ability to download voice packs, and ambient effects. The free trial lasts for one week, and after that, you will need to buy the Pro version if you want to continue using it. 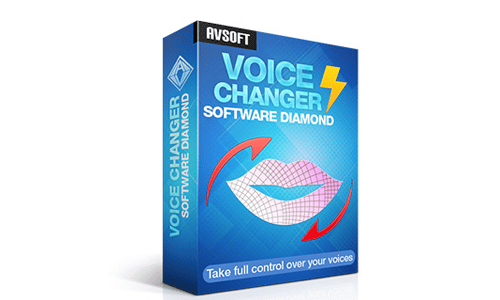 AV Voice is a little unique from the others on this list, in the sense that the software wouldn’t greet you with voice presets (altough it does have that feature) when you launch it. Rather, it will welcome you with a timbre/pitch editor. Dragging the blue button around will change your voice. But this comes with an immediate caveat: you can only do so if you upgrade to the full version.

However, that doesn’t mean the free version of AV Voice isn’t usable to some extent. With the trial version, you can use a few of their Nickvoices (its word for voice presets), but other features won’t be available. 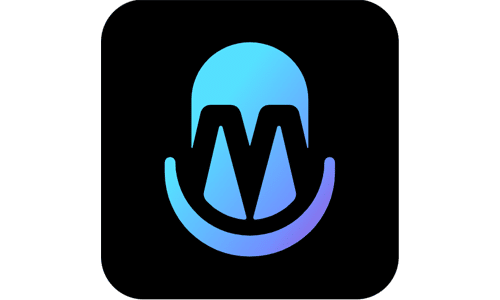 MagicMic is relatively new to the scene, but it’s worth mentioning considering the advantages it has over its competitors. It has a wide-range of voices, sound effects, and features put together in a modern-looking UI. To be honest, though, the app reminds me of VoiceMod, so if you’re already familiar with the latter, then navigating around MagicMic should be a piece of cake for you.

MagicMic utilizes famous voices, so if there’s a popular character you want to roleplay, you can do so in one click. One thing I like about MagicMic is that their voice library is so vast and updated regularly, so you can pick a new voice every day if you want.

A major caveat of this app, however, is that you can only access most of these voice sets and basic features if you upgrade to their paid plan. Now, if you’re only interested in using it for free, the only available voice you can play with is the Minion voice. Though, MagicMic lets users enjoy other voices for a limited time. To be specific, you can “borrow” five voice packs daily, and another set will be available the following day. 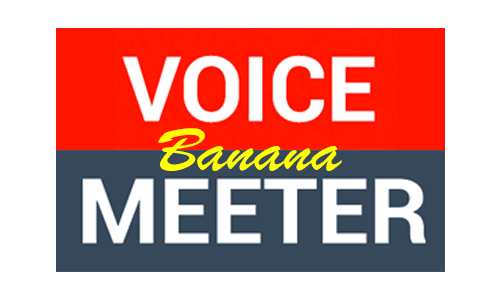 For more advanced users out there, VoiceMeeter Banana is a good choice to use as your voice changer for Discord. Apart from being an audio mixer, Voicemeeter Banana allows you to change your pitch easily. If you’re already using it as a virtual audio device, then you probably don’t need to download another app if Voicemeeter Banana can already do the job for you. Plus, you also have the ability to add sounds and control their volume. So, if you want some sort of background music or effect, play around with Voicemeeter Banana and see what it can do for you!

The best thing about Voicemeeter Banana is it’s 100% free. Just head over to their official website, download the software, and you can start right away. Well, it goes without saying that using this software as a Discord voice changer won’t be easy for beginners. However, I highly recommend that you give this one a try in the future. Voicemeeter Banana is a more advanced version of Voicemeeter, but you can also download its other versions on the same website.

Not using Discord on your computer? Don’t worry: we’ve got just the thing for you.

Voice changer with effects (for Android)

Voice changer with effects is one of the best Discord voice changers for Android devices. With over 100 million Google Play downloads, it proves to be extremely popular. And if many people use it, then it must be good, right? Voice changer with effects has a simple interface, so you won’t have trouble finding your way around the app. Even though it’s quite simple to use, it does the job very well. 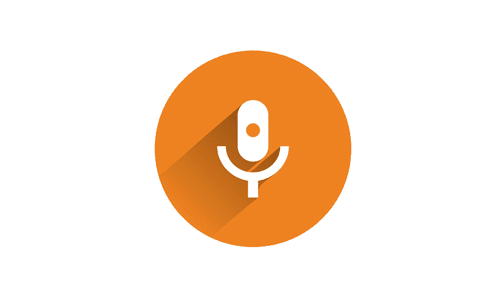 Although there’s a number of voice changers for iOS devices out there, only a few of them can change voice in real-time. Live Voice Changer – Prankcall can do the job pretty well. You can also use it outside Discord as it can be utilized on other phone calls. It also works with other devices, such as consoles.

Is there a voice changer for Discord?

There are voice changer apps you can use for Discord. Some of the most popular ones that you may have already heard about are VoiceMod, ClownFish, and Voxal. These software are available for desktop users. If you’re using Discord on your phone, you can try apps mentioned above to alter your voice on Discord for free.

Can you use Voicemod on Discord?

Yes, you can use VoiceMod on Discord and a lot of other apps or games.

No, voice changers aren’t illegal by default. If you only use them for fun and creating entertaining content, then it’s fine. However, if you utilize voice changers to commit illegal acts and crimes, then it will lead you to trouble.

What is the best free voice changer for Discord?

There are many great voice changer software for Discord, as listed above, but the best ones to use are Voicemod and MorphVox. They are easy to use and have tons of features.

Voice changers are a fun addition to your group conversations on Discord. With a voice changer app or software, you can play characters, switch genders, or make yourself sound older/younger. You can even use it to imitate famous fictional icons, like Darth Vader and an Autobot!

I hope you have fun trying out your new voice using any of the software above. Not only are they great for making Discord voice calls funny and entertaining, but they might also give you an idea if you are a content creator or streamer on Twitch and YouTube.