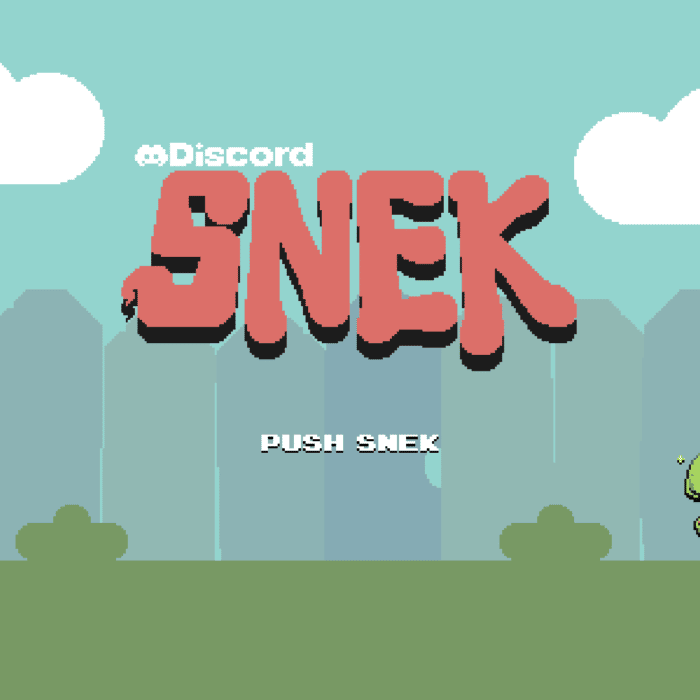 The Discord Snake Game And Other Easter Eggs

Discord has a lot of hidden easter eggs both on their app and website that are just waiting to be discovered by its users. Snek game, or more popularly known as Discord snake game, is one of those fun little treasures that you can explore when you have the time. But what exactly is it, anyway?

What is the Discord Snake Game?

The Discord Snake game is what exactly it sounds: it’s a game where you control a snake to move around the 2D box. Feed the snake by letting it eat all kinds of treats scattered around the box. Once you do, you will gain points. The goal is to score as many points as possible without bumping into the walls of the box. And, oh, your snake gets longer every time you feed it, so it will be harder for you to move around as you progress through the game. But that’s part of the fun.

If this game sounds familiar to anyone out there (who I assume is probably born before the 2000s and Y2K scare hit), that’s because this game is kinda similar to the classic Snake game you can play on old Nokia phones. Like how Google’s dinosaur game reminds you of old runner games such as Super Mario Bros. and (a little more recently, Flappy Bird), Snek game is a reminiscent of the Nokia game, but with much cuter aesthetics, improved gameplay, and a fun background music.

Here’s a little trivia that I hope isn’t too boring: snake game is actually a genre, and it originated even before the Nokia phones went mainstream.The first known game in this genre is Blockade.

So, ready to play one of Discord’s most popular easter eggs? Here’s how.

How to Play the Discord Snake Game

To play the Discord Snake game, just click the pop-up window or hit “Enter.” After that, you will see the gameplay instructions on how to play snake.

Regardless of your score, you will get a congratulations message from the game saying “YOU HECKIN WON!” Even if you hit the wall right off the bat and get zero points, you still win the game. Well, it’s a lot better than receiving a “GAME OVER” message on the screen. Won’t you agree?

If you want to play/reset the game, just hit “Enter” again and beat your old score. Warning: the game can be addictive.

Other than the Snake Game, Discord has several more easter eggs lying around in wait. Here are some of the best easter eggs on Discord that still exist today:

If you want to play snake game directly on the Discord app, there are bots that allow you to do so. For instance, this Discord bot written by JDA allows you to play snake on your server and compete with your friends. There’s a global leaderboards function, making it possible for you to compete with people in other servers.

What Button Do You Press to Play Snake On Discord?

The Discord’s Error 404 page has a different design before. It features the robot hamster Nelly, operating a machine, and there’s a secret button on it that opens the Snek game on the Discord website. However, the devs seem to have changed it because the graphics on the Error 404 page is now different, and it features a ramen stand. Therefore, the secret button doesn’t exist anymore as it seems to have been removed by the devs along with the change in the page’s graphics.

The button used to be a more vivid blue in contrast to the bland overall colors of the original image.

Snake games like Discord’s Snek continue to be popular today, even when their origins dated back decades ago. Despite being just an easter egg you can play for a while when you stumble across a non-existent page on the Discord website, it’s a fun game to pass the time. It’s one of those Easter Eggs like the Google Dinosaur game you’d love to have discovered.

Do you know anyone who’s also looking for the Discord snake game? Share this post and have fun playing!