Discord Old Logo – What Was It and Why Did It Change? 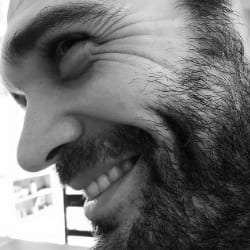 The popular gaming and chat app Discord is no different. Co-founder and CEO Jason Citron created Discord in 2015 to connect the gaming community. Discord is one of the best social and gaming platforms, offering Discord users everything from screen sharing to instant exchanging messages, images, and videos.

Over time companies need to modernize their brand. Often this comes with an overhaul of their ad campaigns, public presentation, and logo.

Since the launch of Discord, the social chat and text app has gone through a couple of different logos to stay visually marketable to the gamers and social users that frequent the app worldwide.

In this article, we will cover the entire journey the Discord logo has taken over the years, from the first development idea to the well-known design we see today.

What Was the Original Logo Design for Discord?

The Discord logo is somewhat of a mascot for the app. The smiling face that accompanies the Discord name is called Clyde, the official name given by the developers.

The 2015 logo features Clyde inside a shape resembling a chat or “dialogue cloud” we may be familiar with from our phone text messages or online messenger apps. The logo also has the Discord name in a light blue hue all set on a white background.

The original look for Clyde resembles a game controller. The “joysticks” were made to look like two eyes, the “triggers” to be antennae, and the “handles” being Clyde’s arms.

Clyde’s design being close to a game controller would make sense, as the Discord team originally developed the app as a chat client for gamers.

To the right of Clyde is the Discord old logo name in Uni Sans Heavy, a blocky upper case lettering. Part of the “D” on both ends of Discord has been cut off to create a more distinct appearance.

When Did Discord Change Their Logo Design?

In 2021 Discord updated their logo, changing basically all the graphic elements of its design. While the smiling mascot emblem and Discord trademark name remained consistent, Discord changed the general appearance of the logo. Making sure to keep the design similar enough that users would still recognize it.

Discord’s new logo features the mascot trademark Clyde next to the Discord name, spelled out in a custom-style Ginto Nord font.

Both Clyde and “Discord” are all-white on a purple/blue-hued background.

Old Discord Logo vs New – What Are the Differences?

While the new and old logos share some common traits, the logo designs are very different in both presentation of Clyde and the logo font.

The logo dropped the dialogue cloud and has the entire logo in white on a purple/blue background.

The main changes are the design of the mascot logo and the font.

Jason Citron and the Discord dev team have done an amazing job creating Discord, establishing it as one of the best all-purpose communication apps on the market.

In the last five years, not only has the Discord logo undergone a branding update, but the app itself has seen some incredible updates. From everything available to individual users and groups of friends to the organization offered to communities, the Discord platform really does have everything gamers, and social users could ask for.

A Discord server can be a great place to interact, play online games, and build a community. Discord server owners will have an easy time creating spaces for gamers and social interaction with their ability to assign roles, create text and voice channels for related topics, and tons of other amazing tools for community building.

The Discord team made sure to create a recognizable and amazing logo. When users open Discord, Clyde’s smile really lets them know they’re going to have a fun time gaming and chatting with their friends all around the world.