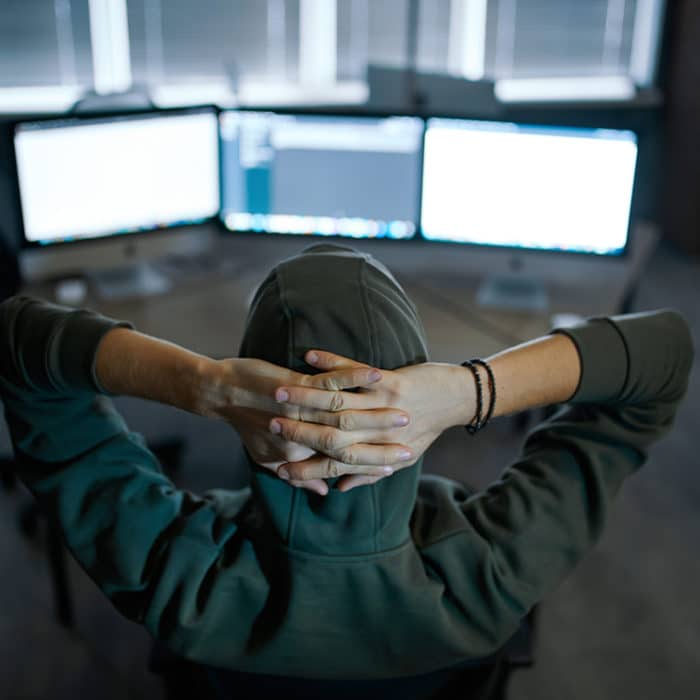 Have you noticed that the invites to a Discord server have expired or aren't working? You may have been banned from Discord.

Discord is an excellent social tool that allows you to communicate via text, video, and voice. However, while the platform’s community-friendly nature makes it ideal for spirited conversations, users face some risks. One of these is being banned from Discord.

Nobody enjoys it when banned, and a Discord server is no exception. It’s much more aggravating when there’s no explanation for the prohibition. Sometimes you know what you did, but other times you have no idea.

In this article, let’s look at ways to get around a Discord app ban.

How Long Do Discord Bans Last?

When a user gets banned from a server or site, the server will generally ban the user’s account. The issue with such a ban is that this does not prevent someone from creating a new account and rejoining a service. Discord is well aware of how to determine how vicious someone can be.

There are two types of bans on someone who violates Discord server owners’ guidelines. Server Ban and System Ban.

If you discover that your invites have expired or are no longer working, you may have been banned. The most reliable approach to confirm this is to use another account from a different IP address and verify if the link has expired there as well.

How Can You Be Unbanned on Discord?

The only way to get unbanned on Discord is for the server’s moderator to do so. As a result, a banned member must request that the moderator unban them by contacting them via direct messaging and apologizing for their behavior.

However, if the server moderator has also blocked that person, the banned member will be unable to send direct messages to them. They’ll have to contact out via other channels.

A ban from an individual server could be a dispute between you and one admin person. In these instances, you can still join any other server. If you want to be a part of that server, you can create a new profile. However, violating the Discord term of service is more severe and can result in permanent bans.

To make your Discord account get unbanned, you should go to Discord’s support page and submit your appeal. All you need to do is:

So, if you are banned from a server for harassing people on the server and then evade the ban to harass those people again, you are putting yourself in danger.

How Not to Get a Discord Ban?

If you don’t want to get banned, avoid the following actions:

Discord maintains the right to determine which behaviors violate the Terms of Service and Community Guidelines and take appropriate action against you.

How to Evade Ban From Discord?

In Discord, there are two typical methods to bypass a ban. To begin, you can utilize a VPN. You can also use a mobile device to fool the server.

We’ll look at both approaches below, and you may pick the one that best meets your needs.

A VPN is one of the effective techniques to bypass any ban. Your IP address and location are hidden behind this Virtual Private Network. When you are got banned from Discord, the firm records your device and prohibits access. As a result, we’ll show you how to utilize a VPN to get around a Discord ban.

If you’re using a PC, you’ll need first to delete all of your Discord data.

It may look complicated, but don’t worry, follow these simple steps:

You’ll need to erase the Discord data on your Mac first, just like you would on a PC.

You can now reactivate ExpressVPN and resume Discord chatting.

Here’s how it works:

Making Use of a Smartphone

Fortunately, you do not need to use a computer to circumvent a Discord ban. You can also use your smartphone. The steps are nearly identical for iOS and Android users.

If you haven’t yet joined up for a VPN, you can utilize the method to circumvent a Discord ban.

When you are blocked from a server while using the desktop Discord software, the Discord server utilizes your account identification and unique IP address to identify you as the target of a ban.

As a result, you won’t establish a new account from the same device because the IP address will still be flagged, allowing the server to identify you.

However, if you have a data-capable mobile device, you can utilize it to fool the server and evade the ban.

Why Users Are Banned From Discord?

Note that there are several other reasons someone might get banned by their server moderators. It depends on the server’s rules of engagement and Discord’s policies.

If you’ve been got banned from a Discord server or an entire app, it’s most likely due to one of the following:

If you do any of the above behaviors, you will most likely be getting banned from the server or the platform.

The administrator of a specific server will issue a server ban. This implies you can no longer access that server, but you are still able to use any other Discord server.

Can You Bypass Discord’s IP Ban?

Yes! However, the Discord Terms of Service state that they will not accept individuals misusing solutions that allow them to defend themselves and persistently target users with unwelcome friend requests or messages. It would be best not to disguise yourself to contact someone who has blocked you.

If you get your IP banned from a server for harassing people, create a new account to fool the Discord server, and then go back to bothering others, they’ll figure out who’s using that account. Discord is aware of the weaknesses in its system.

If they catch you, your account will be terminated immediately. This is especially true if you return to the same server and repeat the same offenses.

Discord’s hardware may be easy to trick, but don’t expect Discord administration to be the same. It’s also important to note that being banned from one server does not mean you’re banned from all of them.

Having your Discord account banned or suspended can be frustrating, especially if you feel like you didn’t deserve it.

As you can see, getting around a Discord ban is relatively simple. You can establish a new account and avoid Discord’s IP detection by utilizing a mobile device or a VPN to rejoin the server you were banned from.

Do you know of any other techniques to avoid Discord bans? Please share them in the comments section below!